Add your Office 365 email to Apple Mail. Then you can send and receive business emails from your Mac 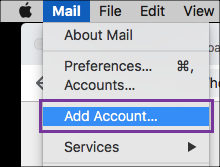 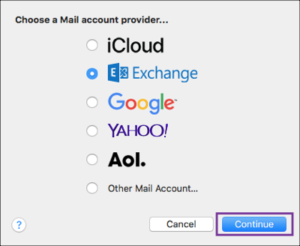 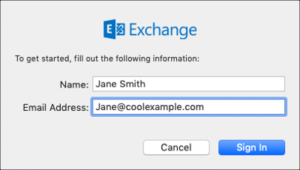 Note: If Microsoft can’t find your email, you’ll be asked to enter your details manually:

Step 6. You’ll be redirected to the Office 365 login. Enter your Office 365 email password and select Sign In. 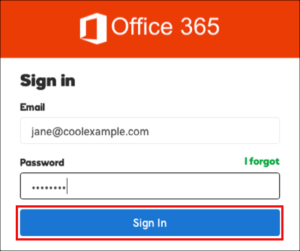 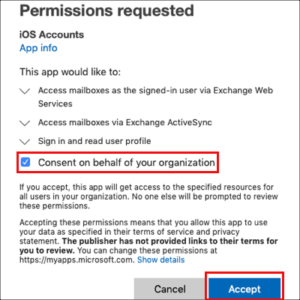 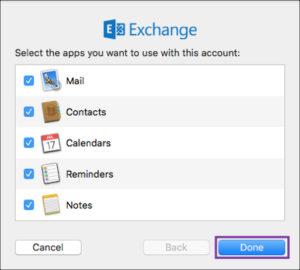 To Setup your email on Android phone.

Go To Start Menu or search bar type Outlook and Open it. Follow the instruction for additional email accounts to Outlook.

If you’re trying to sign in to Office with your Microsoft account, you may get a message asking you for parental permission or to verify your age.

For more information about why you’re seeing this and how to resolve it, see Parental consent and Microsoft child accounts.

Set up an Office 365, Exchange, or Outlook.com email in the iOS Mail app

Go to your iPhone or iPad’s Settings > scroll down and tap Accounts & Passwords > Add Account. 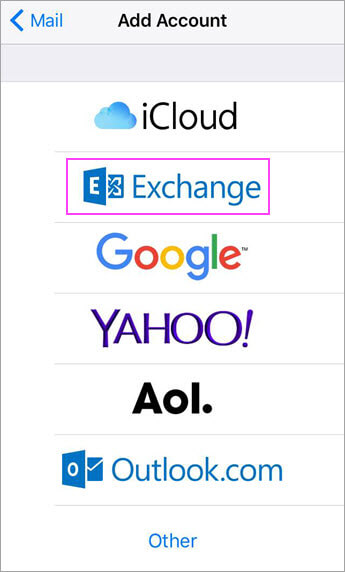 Enter your Office 365, Exchange, or Outlook.com email address and a description of your account. Tap Next. 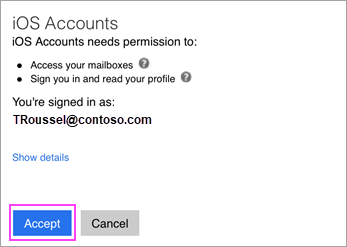 Choose the services you want to sync with your iOS device and tap Save. You’re done! 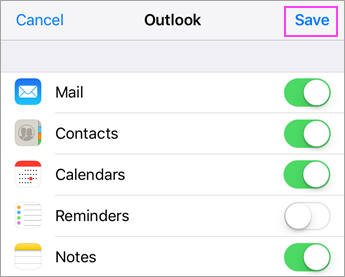 Sony was king of the music tapes (backup tapes) in the 80’s.
Just as in the music industry, backup tapes were slowly being faded out for more robust and bigger storage solutions such as hard drives and Digital Discs.
That might all change if Sony’s new backup tapes go into production

Last month at the International Magnetics Conference (Intermag) in Europe, Sony presented a brand new method of storing data on magnetic tape which according to their current limits can be as much as 185TB (TeraBytes!) onto one tape.

Just as interesting is that Tape Storage Council, which monitors tape shipments said that tape shipments had increased by grew 13% in 2012, and were projected to grow to 26% in 2013.
So much for the notion that tape backups were a dying backup medium.

To achieve this amazing storage capacity, Sony has developed and enhanced a technology known as “sputter deposition.” This involves layers of magnetic crystals firing argon ions at a polymer film substrate. For more information on the technology, go here:
http://en.wikipedia.org/wiki/Sputter_deposition

The big benefits of tape are power usage and price. Even though hard drives and discs are constantly lowering their production price, the truth is, here today that tape is significantly cheaper in mass quantities.
For comparison, to set up an 180TB hard drive array using today’s pricings, you are looking at spending over $10,000 AUD in hard drives alone.
Compared to buying 1 single tape deck, plus the hardware and software to run the system and paying for technicians and you would come up significantly cheaper… by a long margin in fact.

Sony hasn’t released a price on the new tapes, but we can be confident that price per GB will still fall in the same area as current tape decks as the technology is quite similar to what is being used today.
We assume a firmware update would also make many tap backup devices compatible with the new tapes, even if initially not the full use of the 185TB claimed.

With Facebook looking to upgrade to Blu-Ray discs and Google still on tape backups, it will be interesting to see which way the big tech companies go in way of their backup and storage needs.
Plus we at A&STech will keep on top of it all and provide the latest and best solutions to our customers.

That ever blue sky, those endless green hills, you could almost say it was a holiday.
If it were a holiday, it would be over as Windows XP has reached its End of Support life with Microsoft.

So after 12 years of supporting and updating Windows XP, Microsoft has cut off its life support today the 8th April 2014.

What does this exactly mean?

You can still safely use your version of Windows XP after today as it will not stop functioning and Microsoft does not have a switch to turn it off on your PC, however every day that goes by you will be slightly more at risk to the ever increasing viruses that target (and will definitely directed towards) Windows XP.

One other thing I have seen and been informed of is that some users are getting pop ups about this end of support cut-off date.
This can be seen as a small windows or pop up at the bottom right of the users screen.

What we recommend is to not upgrade your Windows XP machine, but move everything to A Windows 7 or Windows 8.1 machine as soon as possible to take advantage of all the great new features and at the same time be well protected.

We at A&STech will still provide troubleshooting and technical support for your Windows XP machine as we are still fond of the OS.

This week Intel has unveiled a new technology in data transferring called MCX.
MCX (which strangely is not an acronym for anything) has a total transfer rate of 1.6 Tbps!

Developed by Intel and produced in collaboration with US Conec, these data cables are already in the real world evaluation stage as of last week.
Conec expects to start shipping the MCX cables in Q3 of 2014 but not to consumers or general public. These cables are solely developed for supercomputers and high data transfer applications.
Some of the customers include Microsoft and IBM.
Intel has also announced that the technology is available to other cabling manufacturers.

In true Intel speak, the development of these MCX cables comes from a huge breakthrough in Silicon photonics technology.
The combines speed of the fibers peaks at 1.6Tbpis (Terabits per second) of distances of upto 300 meters in length. This is three times longer than currently utilised technologies in datacentres.
The fiber inside the cables transmits at 1310 nm wavelength (the wavelength used by Intel Silicon Photonics Modules) with low optical loss.
The MXC connector uses a lensed ferrule to carry light from one connector to the other, rather than physical fiber contact of the end faces as with traditional connector technology.

The MCX connector supports upto 64 fibers per cable, with each fiber operating at 25Gbps which gives the total of 1.6Tbps.
Now this of course displays the full throughput of a cable if it was transmitting traffic in one direction (upload or download)
But in the real world, 32 fibers will be used for upload and 32 for download giving the cable a maximum of 800Gbps (Gigabits per second) bandwidth.

So with all advancements in technology, the question we ask ourselves is; so what does this mean to me? Well it could mean a DVD movie of around 4GB downloaded and on your hard drive in less than 1 second. – Not bad.
But until we can download full DVD’s with the speed of opening up Google in a web browser, we just have to wait and see how quicjly this technology gets adopted and utilised by the mainstream and hopefully we get our hands on some for testing.

This week we got to have a play around with Intel’s (relatively) new and not well known wireless technology; WiDi.

WiDi stands for Wireless Display and it’s a technology solely developed by microchip giants Intel.
So this means if you stick to teamred with your CPU’s, AMD will not have this technology available to you… At least for the time being.

Since the introduction of Intel’s tick tock development strategy, many online forums and blogs have praised Intel’s ingenuity and progress which they have made, I being one of those, who appreciate what Intel have been able to achieve using this ruthless strategy.
However, the past 2 or 3 iterations (Sandy Bridge, Ivy Bridge, Haswell) from a megahertz, cycle, on-board graphics and cores perspective look like they are stagnating and rehashing their technology.
This point of view however is wrong when you look at all the features which they are packing into their CPU’s while using increasingly smaller lithography processes.

Intel’s WiDi technology can transmit audio, video, apps, music, movies and basically whole screens of devices – all wirelessly.
This week we got to tinker with a WiDi enabled laptop and receiver.
The receiver was from netgear and it worked really well.
The WiDi signal worked well up to 20 meters and we didn’t notice a drop in quality or speed, I then ran out of hallway to test.
Intel WiDi technology supports 1080p video, 5.1 surround sound and has low latency so things happen quickly on your display.

4. A compatible wireless adapter (Even though the netgear adapter we used is not officially listed on Intel’s website, it worked flawlessly with WiDi)

5. The WiDi software installed on your Device.

If you would like to transmit both video and audio via WiDi, you must use a HDMI cable.
We tested a HDMI to DVI cable but only got our smartphone to work with this configuration; the laptop would not display (assuming bandwidth limitations for the HDMI to DVI cable).

A few weeks back one of our technician’s blogged about re-licensing Microsoft Office 365 by basically logging out as the user, logging in as the admin of the domain and then logging back in as the user.
This week we found out that this solution isn’t always the solution.

After trying this above fix along with many other fixes we were forced to contact our reseller.
After they offered a few started by the book fixes, (which usually may work), we we’re finally required to contact Microsoft’s office 365 support department for help.

All I can say is that the wait times for a technician are lengthy, but in the end it is worth chasing their help.

We got along well with the technician and he did eventually resolve our issue but just as we were perplexed by the issue so was he.
He hadn’t seen where office would unlicensed itself and the admin of the domain could not relicense their copy of Office 365.

So to anyone who has tried our fix from a few weeks ago, how did it go?
If like us you found out that the licensing server unlicensed your copy of office 365 note that it did so as the machine did not communicate e with Microsoft Office 365 server in less than 30 days.
It must do so, periodically at a maximum time frame of 30 days.

At the start of the year we blogged about our cloud based and managed AV Bitdefender and it has just recently been awarded best AV for 2014.

Over at the popular IT news website tomsguide.com they recently had a shootout to test some of the most popular anti-virus solutions and to come out with a clear winner for 2014.

We at A&STech are proud to announce that the very product we recommend to customers has come out on top and is the recommended Anti-Virus by a very popular and trusted I.T website.

The test’s also included performance testing to see which anti-virus programs had the lightest memory footprint and which one was the least intrusive when going about its very important work of protecting a system from security threats.

Overall we are proud in offering a total AV solution to our customers that not only we recommend, is well known, has a reputable and documented history of providing excellent protection, but now it’s also won a very important accolade.
Congratulations to Bitdefender. Best anti-virus for 2014

We at A&STech can provide you and your business total anti-virus, malware and security services.